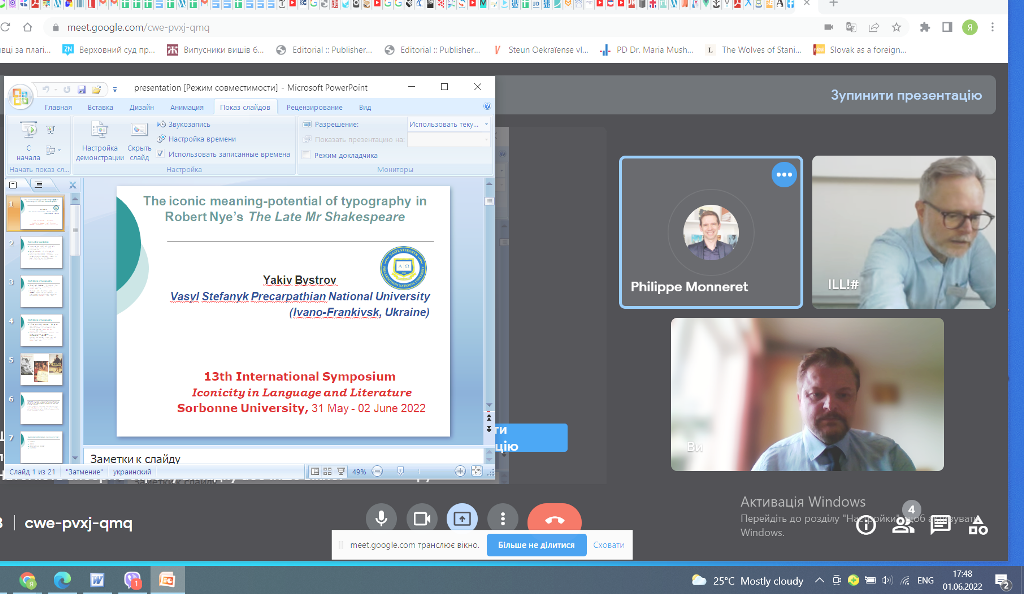 Professor Yakiv Bystrov participated in the 13th Biennial International Symposium on Iconicity in Language and Literature (ILL-13) hosted by Sorbonne University from 31 May to 02 June 2022.

The title of his talk is “The iconic meaning-potential of typography in Robert Nye’s The Late Mr. Shakespeare”. His study focuses on the semiotic principle of iconicity and the visual salience to stand out the key events in the text through different typefaces, underlining, bold, italics, and majuscules, thereby revealing their meaning-making potential in the novel.

The topic of iconicity – resemblance between form and meaning – continues to be a driving force not only for the study of language and literature, but also for other semiotic systems and media including gesture, music, and for interdisciplinary fields such as cognitive science and cognitive semiotics.

The semiotic principle of iconicity and its typographic application in Nye’s novel provide a useful addition to the multimodal stylistics methodology and the meaning-making process may be categorised as typographically iconic. 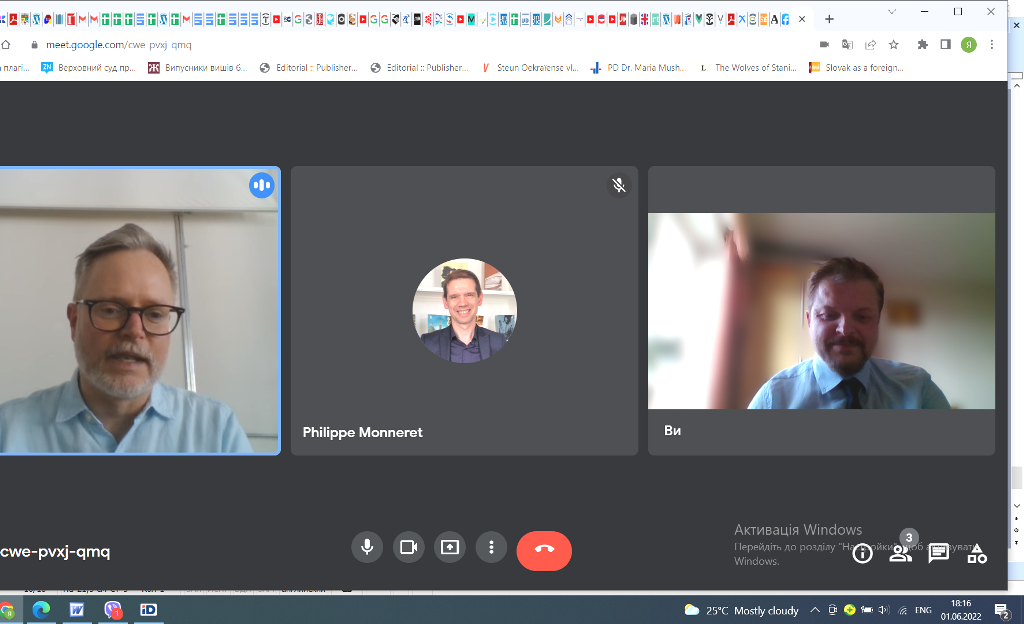 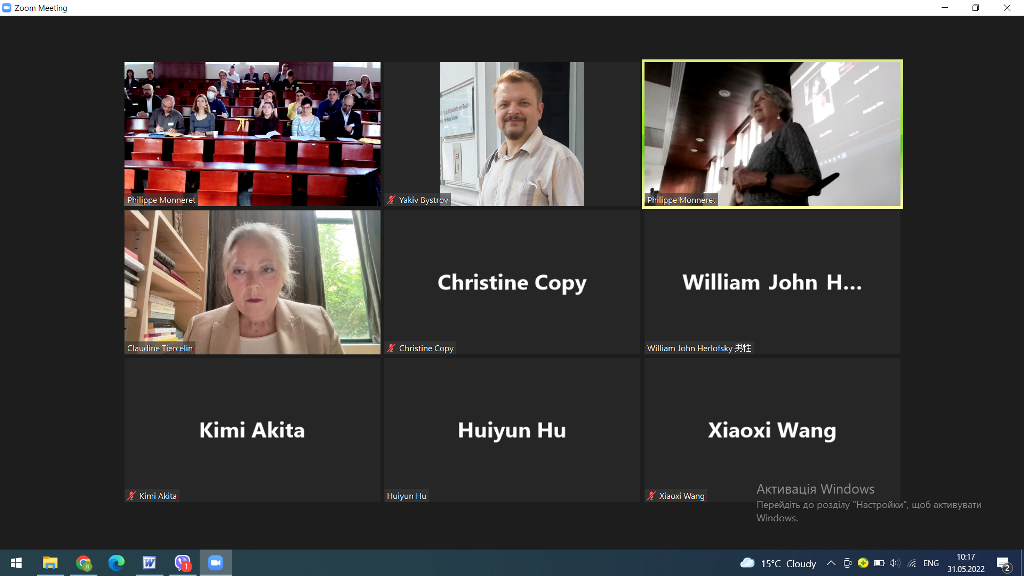 Associate Professors of the English Philology Department of the Faculty of Foreign Languages Olha Bilyk, Nataliia Ivanotchak, and Nataliia Pyliachyk paid a study visit to Heidelberg University of Education (Germany) within the framework of the MultiEd Erasmus+ project.